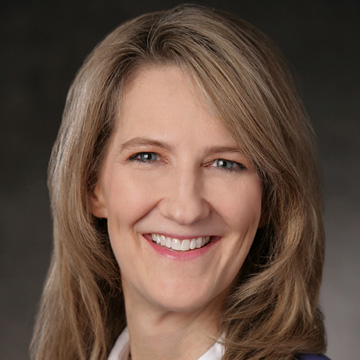 Paul Karvelius developed a passion for running about nine years ago, but it was a brief stint on the soccer field that took him on the journey of injury and recovery to the Chicago Marathon.

Karvelius, 39, already had one marathon and an ultramarathon under his belt when he accepted a friend’s invitation to join an indoor soccer league in 2016. About eight weeks into the season, he had a breakaway moment “where it was just me and the goalie,” he recalled. Six steps in to taking the shot, he heard something pop in his left heel.

“Everybody heard it. It was like the crack of a .22,” Karvelius said. “I hit the turf hard, jumped back up looking for the person who kicked me and then limped back to the bench.”

It wasn’t the worst pain he’d ever felt – at first. But after walking and working (as a mechanic at UPS) on it for three weeks, his wife, Anna, urged him to visit OrthoIllinois’ walk-in injury clinic, Ortho Express, where he was diagnosed with a ruptured Achilles tendon.

Karvelius was referred to Dr. Kelly John, a board-certified podiatric surgeon at OrthoIllinois who specializes in foot/ankle surgery and who suggested outpatient surgery to fix the injury. Dr. John noted Karvelius’ injury was a complete rupture – the two ends of the tendon were completely detached. She said a majority of the Achilles tendon ruptures she sees are in men ages 30 and older.

“Many are weekend warriors playing sports that they haven’t consistently played from youth through adulthood or playing a sport with a group in a younger age category,” she said. “Basketball seems to be most common. In basketball, the athlete jumps in the air and points his toes down, requiring contracture and shortening of the tendon. Seconds later, they hit the ground and take off running, requiring the tendon to lengthen quickly. The short-to-long seems to trigger the complete rupture.”

The damage to Karvelius’ tendon may have been worsened by him delaying treatment, as the MRI showed the tendon was completely ruptured and torn 9 centimeters. Dr. John described this as an especially long tear, which required a long incision. Other activities that are commonly associated with Achilles tendon ruptures are shoveling snow and pushing heavy objects, such as a car.

“When repair is delayed months to years, I often need to harvest another tendon from the back of the ankle and transfer it to augment the ineffective Achilles tendon,” Dr. John said. “If I can repair the Achilles tendon primarily (attaching the two ends end-to-end) within eight weeks of injury, patients’ outcomes are quite good. However, this is achieved most often with a good amount of effort on their part. I only can do my part while they are on the operating table for an hour or two. The months following the repair is up to the patient.”

Having never been through surgery before, Karvelius said Dr. John was reassuring and explained details clearly. His primary concern was if he’d be able to run again.

“Being able to run again was all the assurance I needed to get the surgery,” he said.

After the April 2016 surgery, Karvelius was off work for three months as he recovered, wearing a hard cast and then a soft cast. He rented a knee scooter from OrthoIllinois, so he was relatively mobile while he recovered (including regular trips to Home Depot).

He had some post-surgery doubt, thoughts of “how am I ever going to get back to where I was?” It was the longest stretch of time he had spent inactive.

“Just sitting in front of the TV was a really hard thing for me to do,” he recalled. “That’s why I had to get the scooter. I started making furniture, which was a new hobby. I made that kind of like my job.”

He did physical therapy and was running (with modified form) a half mile by the time he returned to work. By October 2016, he felt strong enough to do an 8K trail race, and in January 2017, he and Anna joined the Runner’s Image spring half marathon training program.

“They do a timed trial, and I was put in the fast group, which was cool,” Karvelius said. “At that point, the tendon was doing everything I asked it to do. I had no qualms about pushing it harder.”

He ran the Rockford Half Marathon in May, which ended up being good training for his first Chicago Marathon in October 2017. It was the “epic comeback” he had in mind after the injury.

“The Chicago experience was pretty amazing,” he said. “It was my first really, really, really big race, but I wasn’t nervous at all. As soon as I reached mile 22, I knew I could totally do it.”

He’s still rebuilding the strength in his left calf and has slight mobility issues, but he’s able to point his toes, flex them back, go onto his tiptoes, etc. Thanks to the physical therapy, the extra gym time and the marathon training, Karvelius is in the best shape of his life. He’s confident he won’t return to the soccer field anytime soon, but he’s eyeing another marathon, possibly on a trail this time.

“He told me right from the beginning he would be one of my success stories,” she recalled. “I often run in to my patients in the community, and many Achilles tendon repair patients will tell me, ‘I have no problem with the leg. I don’t think about it.’ Almost every single one of these were compliant patients that adhered to the six-week, non-weight-bearing protocol and completed four to six weeks of physical therapy. I believe the PT is an essential component of their return to their desired level of activity.”

And Karvelius’ active lifestyle continues to inspire his 9-year-old son, Parker, who participates in the running club at Carlson Elementary School. He also has since recommended Dr. John to several people.

“She wasn’t like, ‘This is how it’s going to be.’ She explained what was going on and what my options were,” he said. “She was easygoing and put me at ease.”