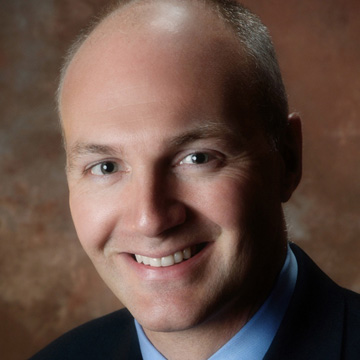 Ottawa farmer puts his trust in ‘guru of shoulders’

Gary Boe, from Ottawa, Illinois is used to hard work. A part-time farmer, Gary works maintenance in a plastic plant and previously cut down trees for a living. Being active is a big part of Gary’s life. So is surgery.

Over the years, he’s had four leg surgeries and several knee surgeries. It was a recent knee surgery that led to the discovery that his shoulders were in bad shape.

“In 2016, I had a knee replacement at a hospital here in Ottawa,” Gary says. “The pain medication I was on for that masked the shoulder pain. Once I was off the medication, I started having trouble with my shoulders.”

However, he didn’t think too much about it. “You know you think, ‘I’m 61, I probably just have a pull or a strain’ and it will go away,” he says.

Unfortunately, that was not the case and Gary said the news he got from his doctor was devastating. Three out of the four muscles in both of his shoulder were torn, which meant he would need rotator cuff surgery on both shoulders.  “My doctor said, ‘I have good news and bad news. The bad news is you’re in tough shape. The good news is I’m referring you to Scott Trenhaile at OrthoIllinois.’”

Because Gary was not familiar with OrthoIllinois or Dr. Trenhaile, Gary and his wife decided to make an appointment at Northwestern Memorial Hospital for a second opinion. That appointment was set for a week after his appointment with Dr. Trenhaile.

A self-described “small time farmer” Gary was overwhelmed when he and his wife walked in to OrthoIllinois for the first time. “It was such a big place, but from the moment we got there everything ran smoothly,” says Gary. “We never had to wait, everything was so organized and everyone was always so polite. I can’t say enough about how well we were treated.”

When they got home from their first visit with Dr. Trenhaile, Gary called Northwestern and cancelled his appointment. “I’ve never had a doctor take as much time to explain the possibilities and reasoning for the surgeries I needed,” recalls Gary. “He showed such a passion for his work, I knew he would do as much for me as anyone could.”

Gary’s belief in Dr. Trenhaile and OrthoIllinois was confirmed when he went to OSF Saint Anthony Medical Center Anthony for his first shoulder surgery in June of 2016. “One of my nurses told me my doctor was the ‘guru of shoulders’ and another nurse said she had shoulder surgery and that Dr. Trenhaile is the ‘best there is.’”

Gary’s second shoulder surgery took place in November and he is well on his way to recovery. His physical therapist is pleased with his progress and he is getting his mobility back. His surgery in June went so well he was up and going in time for the fall harvest. Now, he’s looking forward to getting back to work and then retiring in March.

“We are so happy we chose OrthoIllinois.”