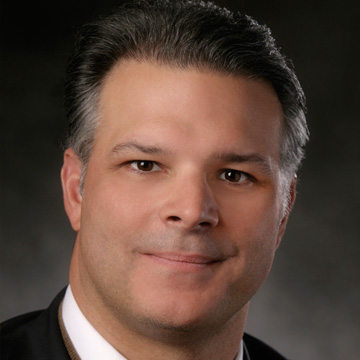 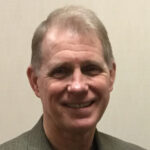 Wrestling was a way of life for Don Stumpf. He participated in the sport as a child and through his high school years, eventually receiving a full ride scholarship to Southern Illinois University (SIU) in Carbondale where he was named an All American. 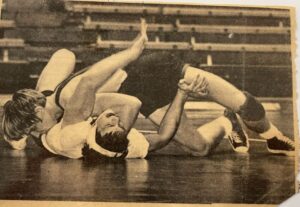 “I was passionate about wrestling, but it really beat up my body,” Stumpf said.

After college, he taught health education and coached wrestling at Bloomington High School and Crystal Lake South and continued to wrestle at a competitive level in the Illinois Prairie State Games and National Freestyle National Greco. After retiring as a teacher and coach in 2007, Stumpf segued to a new career within the sports industry and became a personal trainer at Lifetime Fitness in Algonquin. In 2017, he was inducted into the Illinois Wrestling Hall of Fame.

Active his entire life, Stumpf had been living with pain in both of his shoulders that was affecting his everyday activities. An avid bow hunter, he was unable to even pull the bow back. He remembers sitting in a tree stand and his shoulder popping in and out of place.

“As an athlete, you sometimes push through the pain as long as you can. When I reached the age of 60, I knew enough was enough and something had to be done. I just wanted to live a normal pain-free life.”

When he decided it was time to take care of his shoulder pain, OrthoIllinois was his first choice as he had been to OrthoIllinois previously to have his meniscus shaved and water taken out of his left knee.

After doing online research and reading many reviews, he initially saw Dr. Rolando Izquierdo for his shoulders in 2011. Dr. Izquierdo also came highly recommended among some of Stumpf’s personal training clients, who had their own great doctor/patient experiences with Dr. Izquierdo

Because he had waited longer to see a doctor, Dr. Izquierdo discovered Stumpf was already at the point where he needed to have surgery. He had severe osteoarthritis in both of his shoulders.

In December of 2011, Stumpf had a left total arthroplasty surgery to repair the extensive damage he had developed over the years, and he had the same procedure done to his right shoulder in 2017.

“Dr. Izquierdo had amazing bedside manner and really sympathized with my situation. He even had a picture of a wrestler in his patient room,” Stumpf said “I knew this was my guy.”

The surgery went well, and the recovery was even better. Stumpf credits his active lifestyle paired with his excellent surgeon for his quick recovery.

“Every time I went in for follow up appointments, Dr. Izquierdo was very impressed with my strength and range of motion. I probably pushed my recovery faster than I should have.” Stumpf said.

Stumpf had such a great experience with OrthoIllinois and Dr. Izquierdo that he decided to go back when he needed to have his knees done. In November of 2018 he had a total knee replacement in his left knee and in December of 2020, he had the same done to his right knee. And, in December of 2021, Stumpf again returned to OrthoIllinois – this time to have his ulnar nerve repaired to regain feeling in his pinky finger.

“I am a frequent flyer,” Stumpf joked, “I love OrthoIllinois.”