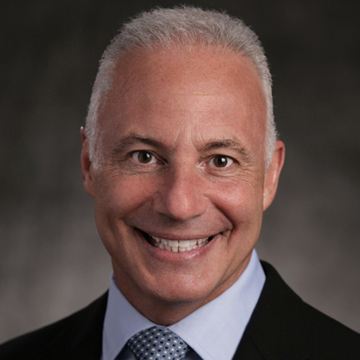 For Danielle Wilson, life as she knew it would forever change on the January 5, 2014. That was the day her hand got caught in a snow blower as she was scraping off the icy build up, and before she knew it she was staring at a shredded glove and her four fingers on the ground.

Despite undergoing such an immediate and traumatic event, Danielle had the presence of mind to run to the neighbors’ house for help, and after they called 911, she ran back, gathered her fingers in a baggie, buried her hand in a snow bank and waited for the paramedics. “As soon as my hand was in the snow I looked at my fingers in the bag and I knew that I would not have them ever again,” Danielle said. “I immediately thought of our men and women who come back from war and are missing arms and legs, bodies full of burns and suffering from PTSD. I knew I was going to be just fine . . . it was only four fingers. I accepted at that exact moment I would never have fingers again. I was an amputee.”

Danielle’s positive attitude was evident from the beginning. When paramedics arrived, she said they were surprised at her lightheartedness over the situation. “I asked them to not cut off my clothes because I was wearing brand new snowmobile gear and I didn’t want them ruined!” Once in the ER, Danielle asked to check the nail polish on her fingers. “I had the expensive no-chip manicure and sure enough, there was not one chip on any of the nails! I told the nurse at least now I would get a half-price manicure!”

Joking aside, Danielle’s long road to recover was about to begin and her first meeting with Brian Bear, MD, took place in the ER when the attending ER surgeon thought it best to “call the big dog in for this one.” From the moment Danielle met Dr. Bear she felt confident that what he was suggesting was the right choice, (“When he looked me in the eyes, he gave me confidence in his strong but calm way to do this procedure. I felt that this was going to be a success. We opted to insert my hand into my abdomen instead of lopping off the remains of stubs and leaving me with nothing.”)

For 24 days, Danielle’s hand stayed inside her stomach in the hopes that the abdominal tissue and her body would generate new tissue and fats around and between all the digits, fusing them together. The surgery worked and instead of just cutting off what was left of her fingers, she now has a hand that is palatable and usable, which has improved her quality of life. “I owe Dr. Bear everything,” said Danielle. “I love him for going with a crazy idea of inserting my hand into my abdomen for a month to try to save what we could. It’s made all the difference in the world.”

Danielle has gone through eight major reconstructive surgeries with Dr. Bear and has gotten to know the OrthoIllinois staff quite well. “Tess Luchini and Michelle Morris have been so influential in my recovery and Jessica Hartman and Pam, Dr. Bear’s former scheduler, were such an important part of my journey. Even the guys in bandaging made it fun for me. I just can’t thank everyone enough,” Danielle said.

Three years later, Danielle still does the things that she always liked to do. “I work on engines of various kinds, I go tractor pulling and I can still drive a semi-truck,” she said. “I don’t feel like there’s anything I can’t tackle.” When the Doctor tells you to do something to aid in your recovery, do it. I quit smoking after 18 years because he told me to, just so I could heal faster and have a healthier life.”

Danielle’s life was radically changed on that cold, January day three years ago. She may have lost four fingers, but she found a new career, and a new relationship. “I’ve taken up a fun little modeling career, which is something I never would have done before.” Danielle also gained a boyfriend after moving in to her friend Craig Harnish’s house so he could help take care of her after her many surgeries. They have been together for three years and Danielle credits Craig and his family’s support as a big part of her healing. Danielle’s positive attitude helped pull her through this devastating trauma and she is quick to sing the praises of her medial team, “Dr. Bear, the OrthoIllinois team and the OSF Hospital staff have given me my life back!”