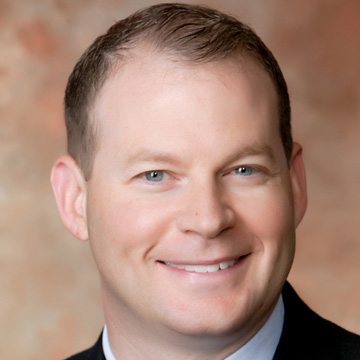 Judy Kinney just wanted to take a quick look over the fence in her friend’s yard to see the view. A moment later, she was on the ground with a heavy wooded park bench on top of her and a leg going in two different directions. The break was so loud, her daughter heard it from the house. “I pushed the bench off me and looked at my leg,” Judy said. “I knew it was broken.”

What was supposed to be a short visit to a friend’s house in Appleton, Wisconsin, before heading to Lambeau Field for a tour of the stadium turned into a year-long physical rehabilitation journey, and a patient grateful she ended up with OrthoIllinois’ orthopedic trauma surgeon Marc Zussman, MD.

Once she arrived at the hospital in Appleton, Judy was told she needed surgery, so she decided it would be best to travel home to Rockford. That was no easy feat, as she and her husband had driven to Wisconsin in her Camaro. “It took four men and two women to get me into the car!” Judy said. “But it ended up being very comfortable. It was like I was in a cradle.”

Back in Rockford, and in the hospital, Judy waited for two days without seeing a doctor, a victim of a paperwork snafu. She finally acted and asked her family doctor for help in getting someone to see her. Dr. Zussman, who happened to be at the hospital even though he was not on call, overheard what was going on and immediately checked in on Judy. “He’s been my hero ever since,” Judy said.

After an MRI determined Judy’s tibia was broken in four places and totally crushed, Dr. Zussman decided on putting an external fixator on her damaged leg to stabilize it. Judy went home the next day.

A week later, Dr. Zussman, happy with her progress, performed surgery, putting plates and screws into the tibia of Judy’s leg. The leg was so badly broken that Judy worried she wouldn’t be able to walk again. Dr. Zussman assured Judy he would do everything he could to make sure she would be walking soon and without a limp.

Judy worked hard in her physical therapy sessions and at home – even using her kitchen counters, which were the same height as the bars in physical therapy. “I really had to learn to walk again,” Judy said. “Everything from balancing to moving my legs to how my muscles felt was new.”

Christmas Eve 2016 was when Judy decided to surprise her family with her progress. “With everyone watching, I let go of the counter and walked about eight steps on my own! That was the first time I had done that since I broke my leg!” Her OrthoIllinois physical therapists were just as thrilled when she surprised them at her next appointment. “I said OK, Shelly get Taylor… watch this!” Judy said. “They always gave me such encouragement, (so) it was so exciting to surprise them!”

One type of therapy Judy did at home was what she calls the “Grandma Judy Dance.” She likes to play the Four Tops song “I Can’t Help Myself (Sugar Pie Honey Bunch)” and dance, which her grandchildren love. One day before her final appointment with Dr. Zussman, she played the song and while dancing she could bend her knees. “At my last appointment, I showed Dr. Zussman a picture of me right after the accident, which was two days before I met him,” Judy said. “Then I showed him a picture of me dancing. He said, ‘you can’t even tell which leg was broken!’”

Judy is getting stronger every day and while she can do her dance, she is looking forward to riding her bike again soon. The grandmother of nine had ridden 20 miles on her bike the day before her accident. But there are other things she has been able to get back to – like using the clutch in her manual Camaro.

“I received amazing care from OrthoIllinois,” Judy said. “I asked Dr. Zussman, ‘When you see a patient, do you think about the surgery or the person?’ and he told me how rewarding it is to know that he is able to help a person. That says a lot to me about the doctors at OrthoIllinois. They will always be my heroes!”