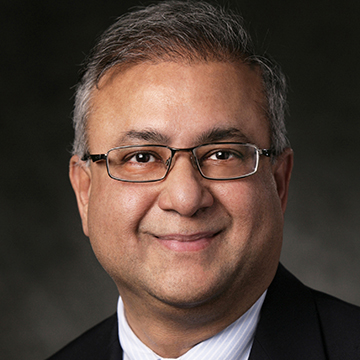 Hip pain interrupted Cindy Stenerson’s healthy lifestyle routine, so she sought out the experts at OrthoIllinois to put her back on the right path for her back, hip and leg pain.

Cindy, 65, had been exercising at the YMCA when she started feeling pain in her right back, buttock and hip region. She didn’t think it was a big deal at first, but the pain worsened, to the point where she could barely walk or bend over. While out shopping one time, she almost traded walking for a wheelchair because the pain was so bad.

She initially went to Injury Express in December 2018 to seek immediate care through OrthoIllinois with the goal of feeling better for a Florida trip that was coming up. After being examined and the x-ray was performed, it was thought that the pain was coming from the spine. She was prescribed an oral steroid which helped temporarily.

“I could barely get around the house – it was ridiculous,” she recalled.

Cindy was referred to Dr. Zeeshan Ahmad, who is board-certified in Physical Medicine and Rehabilitation and Fellowship trained in Spine, Sports and Musculoskeletal Medicine. Dr. Ahmad ordered an MRI and X-rays to determine if Cindy’s pain was being caused by her lower back or her hip.

After examination it was determined that the pain source was the hip joint and an injection was arranged. Other tests, including MRI of the spine, were also ordered. The tests showed that Cindy has significant hip arthritis as well as lumbar spine degenerative changes. However, most of those changes can be seen in asymptomatic individuals in her general age. The decision to do the injection was based on physical examination findings as well as her imaging studies. The purpose was to help with pain and confirm the pain source so that if the injection helped it would confirm the source is the hip and not the spine.

Dr. Ahmad does various types of injections in the spine and joints for both diagnostic and therapeutic reasons which helps in better assessments of pain source, better outcomes and ensuring the correct part of the body receives treatment.

The tests showed Cindy has arthritis in both hips and a bulging disc in her back, but the conditions aren’t anything severe or unusual for her age. Dr. Ahmad opted to treat Cindy’s pain with a steroid injection in her hip in late January.

“It worked beautifully,” she said. “He explained to me that we want to take a more conservative approach and don’t want to jump into a surgical procedure.”

Cindy said Dr. Ahmad “did such a good job,” noting the process was painless. As someone who doesn’t even like going to the dentist, she brought a stress reliever – a small rubber squeezable pig – for the appointment, which she said Dr. Ahmad appreciated.

The injection lasted for about two months before she noticed slight pain in her hip again – nothing as severe as the pain had been, though. She was able to travel to Florida and enjoy her vacation knowing she could get another shot once she returned to Rockford.

“I can take the dog for walks and live my daily life as I want to know that I’m not in pain,” she noted. “It was a wonderful treatment plan.”

Dr. Ahmad suggested that if the pain recurs the injections can be repeated but not more than three to four times in a year. He also explained that if the recurrence is too frequent then the last resort is surgery. Cindy appreciated his friendliness, honesty and sense of humor during their appointments.

“I just really like him. It’s nice to have a doctor you can trust,” she said. “And it’s nice that the doctor lets me decide when I need to come back. He included me in the treatment.”

Between injections, Cindy’s being extra careful to care for her hips and knees but is still staying active by walking every day. She’s also considering water fitness classes at the Y. 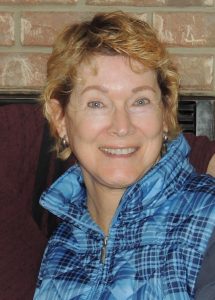