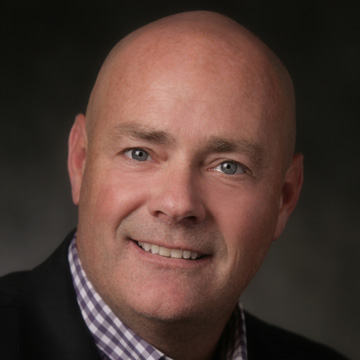 It was 2010, and Tom Pavelko, an attorney from Crystal Lake, began noticing pain in his left hip.

“I was trying to figure out what was going on,” says Tom. “Then I remembered I had slipped a few months before while I was at a waterpark. I thought maybe that was causing the pain.”

Tom, who was 52 at the time, decided he should see a doctor.

“When the x-rays came back, it showed my hip was degenerating and bone was rubbing against bone. So it had nothing to do with the waterpark.”

The doctor recommended that Tom do exercises to help manage the pain. But as the months went by, Tom’s pain worsened.

In late in 2012, Tom was talking to an acquaintance who told him about an orthopaedic surgeon from OrthoIllinois he had seen. The man explained he not only received excellent treatment, but he felt like the surgeon—John Daniels, M.D.—really listened and cared about him.

By this time, Tom was also thinking it might be time to see a different surgeon. Although his current surgeon was well qualified, Tom didn’t feel a “connection” with him, so he decided to meet with Dr. Daniels.

“Right away, I really felt his caring attitude. I knew then that Dr. Daniels was the right doctor for me,” says Tom.

Dr. Daniels says just as much as the treatment itself, he believes strongly that a patient and surgeon need to develop a trusting relationship in order for treatment to be successful.

“I wanted Tom to know—and all the patients I treat to know—that I care about them and their lives,” says Dr. Daniels. “When I meet with patients, I want it to feel two friends talking over the problem. I give them options, we discuss pros and cons and together decide on what is best.”

Although the surgeons at OrthoIllinois have access to the latest cutting edge technology and can treat patients who need complex surgeries, they always try to use conservative treatments at first. These basic treatments range from things like implementing a low impact exercise regime, supporting a weight loss program and/or recommending certain over-the-counter arthritis medications. If a patient’s disease or pain worsens, other treatments may be offered such as injectable therapies.

“But if the pain becomes so severe that a patient can’t walk without limping or can’t sleep—or has to stop doing things that he or she loves—that’s when we talk about joint replacement,” says Dr. Daniels. “By the time I met with Tom, his hip was in bad shape, so a joint replacement was the best option.”

Type of Surgery and Preparing for Surgery

It was spring of 2013. Dr. Daniels told Tom he would use a lateral approach to access his hip, as opposed to the traditional posterior approach (from the back) that was often used at that time.

“I had never been through a surgery like this before, so I had a lot of questions. But before you go, you get a lot of information, and that was incredibly helpful,” says Tom.

The surgery went well, and Tom said his recovery took about four weeks, and he did physical therapy and had visiting nurses at home.

Keeping Watch on the Second Hip

Dr. Daniels also had been keeping watch on Tom’s other hip, and Tom was aware that he might need a joint replacement in that hip, too.

From 2013 and 2015, Dr. Daniels continued to work with Tom—keeping an eye on the second hip and offering minimally invasive therapies to help manage the pain.

Because of the experience Tom had had with his first hip, he felt he knew when “it was time” to move ahead with hip replacement. Although it had just been two years since he had his first hip replaced, Dr. Daniels was now using a new and even better approach to access the hip joint.

“In medicine, we continue to improve and find new ways to get better and this is true with hip replacement. For Tom’s second surgery, I used an anterior approach, which means no muscle was cut,” explains Dr. Daniels.

Tom says his recovery time was quicker the second time around, the pain was less and he needed only one night in the hospital, versus two nights the first time around.

“I remember they had me up and walking the evening of the surgery. This was not true after my first hip replacement,” remembers Tom.

Running the Crystal Lake Half Marathon

Tom’s church group had just announced that they would participate in Chicago Marathon as a way to raise money for a humanitarian project in Africa.

“My son wanted to do it—but he wasn’t old enough for the Chicago Marathon. They had a second option, though—the Crystal Lake Half Marathon. He could run that but needed an adult to participate with him. He asked me if I would do it,” says Tom. “So here I was at age 59 after two hip replacements, considering doing a half marathon. I’d done some biking in the 1980s, but have never considered myself an athlete and had never run a race. But I wanted to do it for my son, and felt like I could do it, so I said yes.”

On September 10, 2017, Tom and his son participated in and successfully completed the Crystal Lake Half Marathon. He says it was an experience neither of them will ever forget and looking back at the hip surgeries, Tom says he has no regrets.

“If I had procrastinated, I would have missed the chance of a lifetime to be there and run that race with my son!” he says.