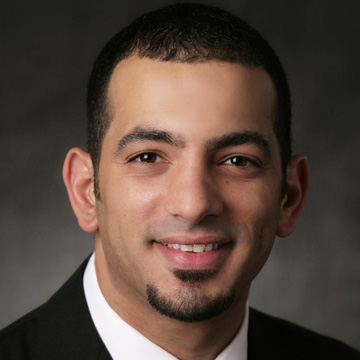 If you had just met Julie Quintero from Rockford, Ill., she might seem like a typical grandmother—spending time with her grandchildren, traveling with her husband and enjoying life. But if you talk to her family and friends about the health challenges she endured for more than five years, you’ll find she is much more remarkable than typical.

Quintero explains that in 2009, she began feeling like something “wasn’t right” with her health, but wasn’t sure what was happening. When she finally went to the doctor, she found out she had a bone spur in her knee, so had it removed.

Getting Worse Instead of Getting Better

“Afterwards, I thought I was better, but then I actually got worse. I was getting infections, and they kept coming back,” she says. “The doctor had to go in to clean them out six different times.”

Eventually, Quintero lost part of her kneecap as a result of the ongoing infections and treatments. By this time, she was unable to walk, felt depressed and worried about what else might happen. However, she was not willing to give up and used her grandchildren as inspiration to keep moving forward, resolve the situation and return to better health.

The turning point came in February 13 when she was referred to John Bottros, M.D. an orthopaedic surgeon on staff at Ortho Illinois who specializes in hip and knee replacement.

By the time she met Dr. Bottros, Quintero had been dealing with the situation for nearly three years. Right away, Quintero says she felt she was in the right place, as Dr. Bottros listened to her tell her story, and talk about her challenges as well as hopes for the future.

Dr. Bottros worked with Quintero over the next two years, performing multiple surgeries to clear her infection. He also worked with a multispecialty team including infectious disease specialists and plastic surgeons to aid in her treatment and ultimately clear her infection. It was a challenging time, as Quintero’s knee was extremely fragile, and there was virtually no tissue left to protect it.

After the infection was cleared and it was safe to have surgery, Dr. Bottros recommended an extensor mechanism allograft. The procedure involves reconstructing the kneecap (also known as the extensor mechanism) using donor tissue and transplanting it into the tibia (shinbone). Dr. Bottros says it’s important to understand that getting knee tissue from a donor is very different from getting an organ, such as a liver or kidney.

“The tissue orthopaedic surgeons use is very inert—it’s helpful to think of it more like getting a scaffold where everything is removed at the cellular level, then it repopulates with the patient’s own cells,” explains Dr. Bottros. “This also means there is a low risk of infection or rejection.”

In order to be successful, the highly complex five-hour extensor mechanism allograft surgery must also be performed by a highly skilled orthopaedic surgeon. At the time Quintero was working with Dr. Bottros, the procedure had not as yet been performed in the Rockford, Ill. area.

“I knew this was my last chance,” says Quintero. “Dr. Bottros explained what he was going to do and why he believed it would work, but also said there could be no guarantees. But I had trust in Dr. Bottros and was ready to have him do whatever he needed to do. I also was so happy I didn’t need to travel to have the surgery done, but was able to do it right where we live so my family could be with me.”

On June 24, 2014, Quintero had the extensor mechanism allograft procedure.

“When I woke up, Dr. Bottros told me everything went perfectly,” said Quintero.

Quintero stayed in the hospital for three days, then went to a skilled nursing facility for approximately three weeks. While there, she used a walker while she rebuilt her muscle strength. Although Dr. Bottros explains that her recovery was “uneventful” he admits it can be a long process, as a patient must wait for the donor knee tissue to ingrow and become part of the body.

Having a “Persevering Personality” Contributed to a Good Outcome

Dr. Bottros strongly believes that part of the reason for Quintero’s “happy ending” is that she is a strong person with what he describes as a “persevering personality.”

“Most people who have this problem have a 50/50 chance of not being able to walk again,” he says. “Hearing those odds is tough, and many people decide to just live with the pain, wear a brace and avoid activities. But Julie wouldn’t just settle.”

Quintero explains that while some of her motivation to move forward and have the procedure came from within, much of it came from without.

“It was pretty simple,” she explains. “I wanted to be able to play with my grandkids, so I wanted to get better. That’s why I did the surgery.”

When asked how she’s feeling today, Quintero says she has been given a “full bill of health” by Dr. Bottros. And while she wouldn’t describe her knee as being 100 percent, she says she would rate it at about 85 to 90 percent—which is just fine with her.

Since the surgery Quintero and her husband have even travelled internationally, flying to Colombia twice and doing a lot of walking while they were there—and a third trip is scheduled for later in the year.

When asked to give some advice to others who might be in a challenging situation and contemplating contacting an orthopaedic surgeon, Dr. Bottos says to do your research.

“There can be more than one way to fix a problem,” he says. “So when you meet with a doctor make sure you have a clear understanding of what they want to do and why. Get second opinions. Every center has different strengths and weaknesses, so know what they are capable of,” he says.

Quintero says she knows firsthand that finding the right doctor is worth the effort, and that it can mean the difference between just getting by and living life as fully as you can.

“If I hadn’t found Dr. Bottros, I wouldn’t have a leg,” she says matter-of-factly. “There’s not much more I can say—he did what he said he would do, and now I feel so good and life is good.”