“I was convinced physical therapy was a waste of time”

Tom and his friend Nancy prepare to climb Machu Picchu.

“I thought I would never walk without pain, that I would no longer be able to do the things I once could.”

I can imagine what you’re thinking right now: “Uh…why would you say that about a service you offer?” or maybe you’re thinking, “You are so wrong! It worked for me.” I suppose you could also agree with that title.

He thought those words almost all the way through his physical therapy. In fact, Tom was convinced surgery was inevitable–that he would go through eight weeks of rehabilitation and then end up in surgery anyway.

Why did he think that? Because it can’t work. His injury was too serious. He was afraid, worried, and hopeless at times.

But enough from me–let’s let Tom tell his story.

It was one of those freak accidents. You know the type. I was walking down the steps of my apartment, and I slipped on them because they were wet from a recent rain. Honestly, I felt foolish, but the reality was I had hurt myself.

And I mean–I really hurt myself.

I had always been really active: hiking, walking along the river, and rock climbing at Devil’s Lake. But now, after the injury, I struggled to walk 50 feet, and each time I tried, I experienced a great deal of pain.

I used to drive down to the bike path along the river and sit on a bench for a while. Then, I would get up and walk a bit, but the pain always forced me back to the park bench.

I thought I would never walk without pain and that I would no longer be able to do the things I once did: no more hiking, no more walking. I figured I was done with all of that; I was finished being active.

Misdiagnosis from my primary care doctor delayed my recovery.

It took about three weeks to diagnose the problem. The swelling wasn’t going down, so the x-rays weren’t showing anything, and my physician at the time thought it was a torn meniscus. Because of that misdiagnosis, things weren’t getting better; they were actually getting worse. I eventually had an MRI, which showed a sprained ACL.

I knew ACL injuries were serious. Athletes are tearing them all the time, and when they do, it seems like they’re done for the season. Well, maybe not all of them, but that’s what it seems like anyway.

I can’t fully explain how difficult it was for me to get that diagnosis. Let’s just say it was terrible, but I was even more upset when my physician at Rockford Orthopedic recommended physical therapy rather than surgery.

I was concerned my ACL wouldn’t heal, and I would always be limited in what I could do. Not being able to walk really upset me–as you could imagine–and the idea I could have this deficit for the rest of my life felt real.

I thought the only way to recover from an ACL injury was to have surgery, so I was disappointed by the treatment recommendation–disappointed because I wanted to get better, and I assumed that without surgery I would be in pain for the rest of my life.

Dr. Davenport asked me what my goals were. I said, “I just want to be able to walk again without pain” because I used to do a lot of hiking, which I was convinced I would never do again.

He assured me, “Don’t be so sure that you won’t be able to [hike] again. I think you will.”

In the back of my mind, I still believed surgery was the right decision and that I would go through the six to eight weeks of physical therapy and end up in surgery anyway.

I thought, “I hope I don’t have to waste a lot of time on this. Let’s just see that physical therapy is a waste of time and then get on to the surgery.”

I was wrong, but I didn’t know it yet.

After starting my physical therapy regimen, I was impressed. It was pretty tough; the therapists I worked with really put me through the paces, and they were concerned about what my goals were–what I hoped to do, and then we worked to accomplish my goals.

After the first week, I felt steadier and more stability in my knee, but I was still skeptical, even though I was going to physical therapy three times a week.

I still felt pain and instability, but things were improving. Definitely improving.

Even though my PTs told me exactly what the exercises would accomplish and how they were working to tighten and strengthen the muscles around my ACL, I was still skeptical!

After three weeks of physical therapy, I said at one of my sessions that I was afraid of stairs. I was having a hard time going up and down stairs. “Oh, we’ll take care of that,” she–my PT–said, so she pushed me to do more work replicating climbing motions, and sure enough, after a couple weeks, stairs were no longer an issue.

And then after we accomplished one goal, she always asked me “What’s the next goal?”

So I decided that I wanted to get back to hiking, and it turned out I could.

Hope and hopelessness: it’s a back and forth thing.

My goals gave me hope. When my therapist would assure me that my next goal could be accomplished, I felt encouraged to keep moving forward. There were days, though, when I felt really bad–maybe therapy wouldn’t go well.

At times, I felt hopeless, and fear and doubt would set in again, but my friends encouraged me to keep at it (sometimes, all their support was irritating, but I think it helped me a great deal). Physical rehabilitation is a mental battle, though, and I felt that I was doing that part alone most of the time. Now, my friends and physical therapists helped, but at some point, I had to choose to keep working, to keep striving for a better outcome.

As I improved, those moments of hopelessness faded, and I felt encouraged.

Machu Picchu showed me everything would be okay.

About a year and a half after my injury, I went on a hiking trip with some friends to Machu Picchu in Peru. I didn’t think I would be able to do it. I expected to just sit at the bottom and watch, but the week before, we did some preliminary climbing, and I felt confident going through that week; I really didn’t have any difficulty. There was no pain, no stiffness. It was like the first time I went ten years earlier. 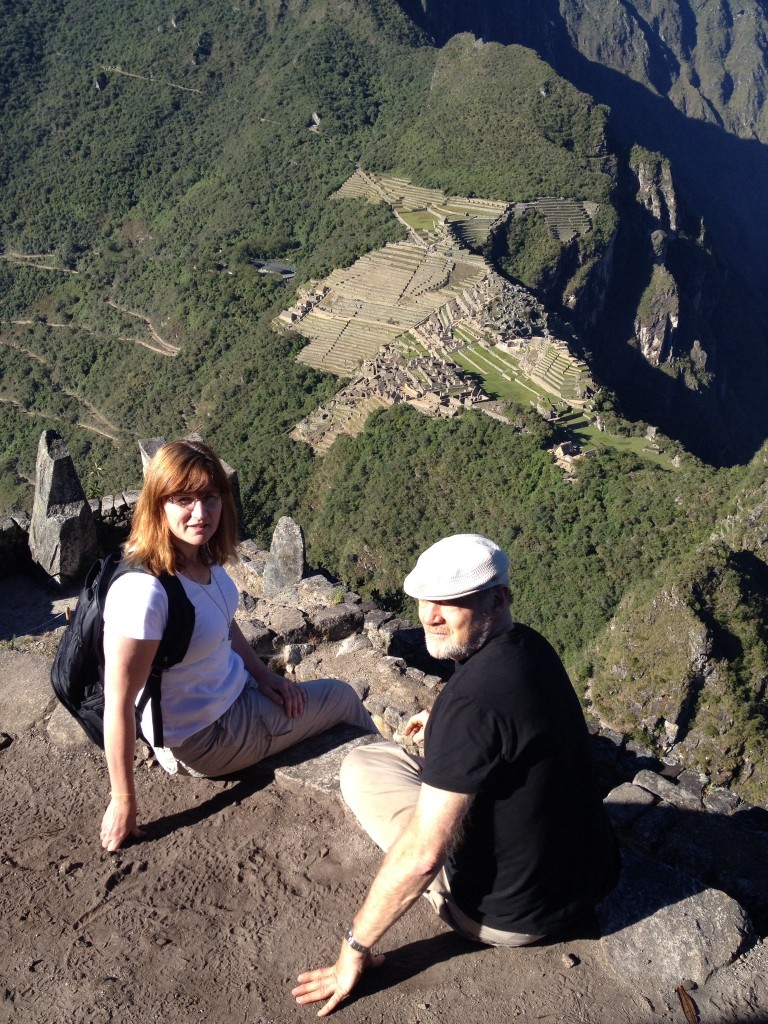 Tom and Nancy at the top of Machu Picchu

Once I did that climb, I knew I wouldn’t have any more problems with my ACL, as long as I continued to do the exercises my physical therapist assigned to me.

I still do the exercises they recommend. I’ve never taken any medication for the pain, except for the night in the emergency room. Now, there’s no pain, and I think that’s because of the exercises and the gym membership Dr. Davenport encouraged me to get as an ongoing “prescription.”

So yeah, I was convinced physical therapy was a waste of time, but it turns out, I was wrong. Completely wrong.

Stories like Tom’s are our favorites because he was able to return to his lifestyle, and we’re so glad Tom was willing to share his story with us.